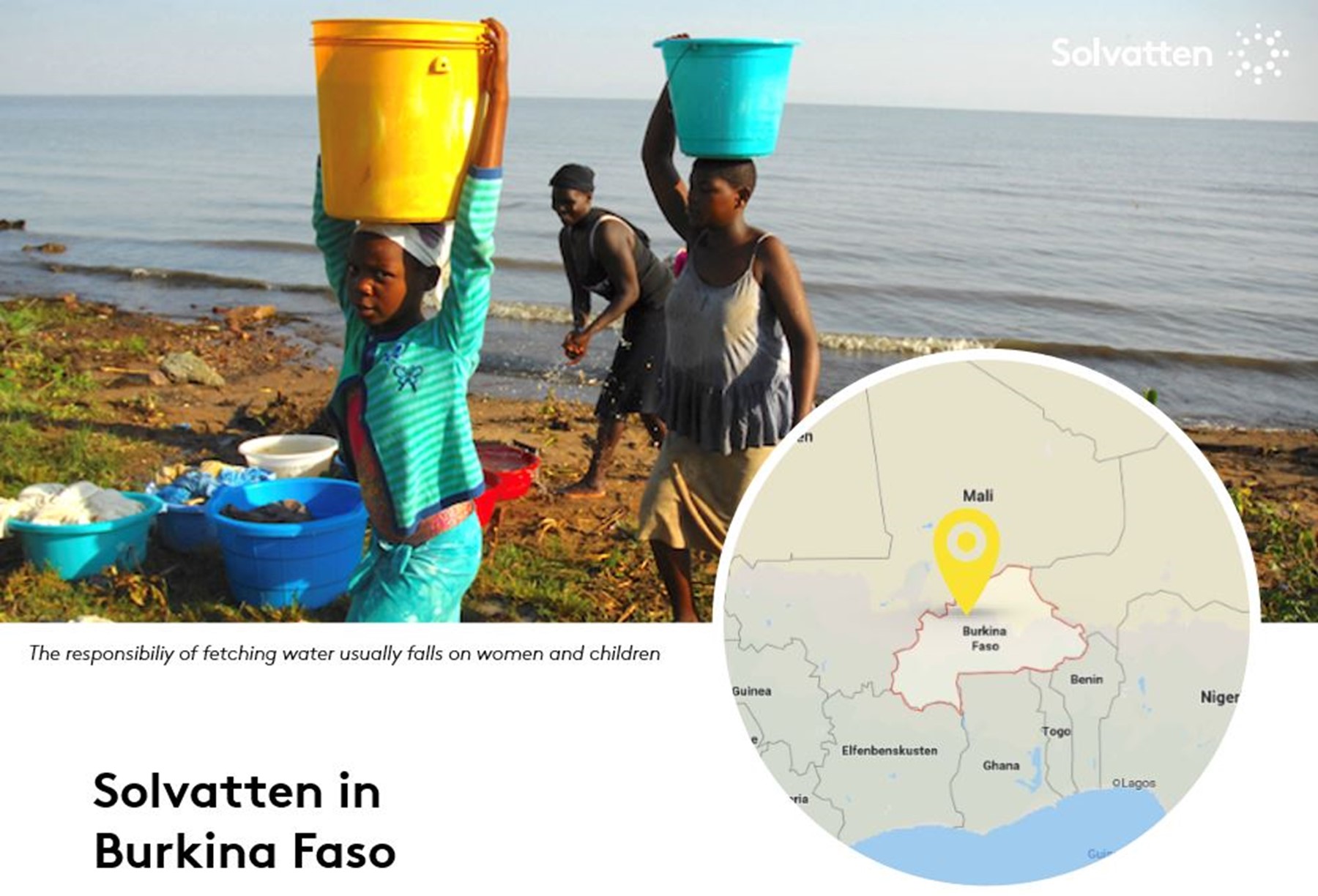 Latour began collaboration with Solvatten in 2018. Solvatten is collaborating in Burkina Faso with the organization Plan International. Plan is a children's rights organization which runs projects around the country which provide educational support for out of school children. In Burkina Faso, not even 30% of children complete primary school. Solvatten will be used in a project called PASS + (Primary Access through Speed Schools).

The project aims to help around 200,000 children who have dropped out of school get caught up in nine months of compressed studies and then reintegrate into formal primary school. Solvatten will be distributed in five regions of Burkina Faso; North, Centre-Nord, CentreOuest, Sud-Ouest and Hauts-Bassins.
Latour’s 995 Solvatten containers have now arrived in Burkina Faso. However, due to unrest in the country, it has been decided to postpone the distribution of Solvatten until after the summer. Because Solvatten is sent to areas where they are most needed, these areas are often challenging to work in. In order for the distribution to take place in a safe and longterm manner, patience and planning is required for everyone involved. When the school opens again after the summer, Solvatten will be distributed and make valuable impact.

Latour began collaboration with Solvatten in 2018. In line with Latour's other investments, this is a long-term partnership for sustainable development. In 2018, both employees and companies within Latour have contributed to the project, and contributions made by Latour companies were matched by Latour. During the three-year project, the goal is to reach 3 000 families, corresponding to approximately 24 000 people. Thank you all who have contributed: Hultafors Group, Latour Industries, Aritco, REAC, LSAB, Densiq, Nord-Lock Group, Swegon och Investment AB Latour. We are contributing to a better World!

"Solvatten kits will be a big support to help reduce absences of students due to the prevalence of waterborne illnesses. It will also greatly help improve hygiene conditions and practices through training and sensitization."  - Cyriaque Yelemou, Program Manager, Plan International

Just add sun! Clean, heated water after 2-6 hours, cleans around 6’000 litres per year, can be used several times a day  easy to use and carry. An indicator shows you when the water is clean, no need for batteries, spare parts or chemicals. Long lifespan of 7-10 years.